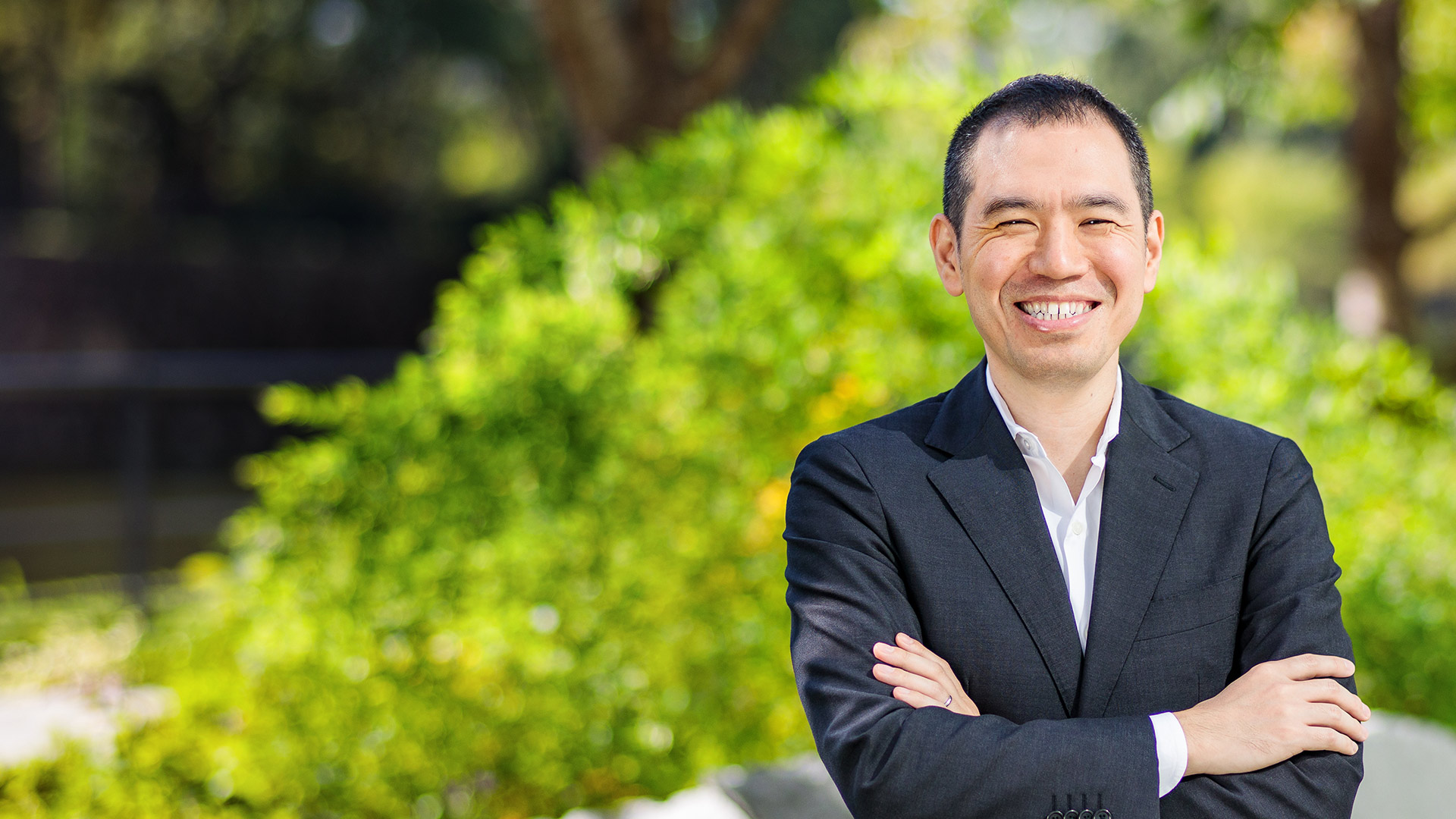 Mozambique boasts some of the world’s largest natural gas reserves. Through Mitsui’s LNG project, Kei Matsuoka is contributing to the country’s economic development and to the world’s stable energy supply.

Kei Matsuoka: Joins Mitsui in 2001 after completing a postgraduate engineering degree. Starts out in accounting ; in 2003, is put in charge of petroleum resource development in Oceania. Leaves Mitsui in 2007 to study in the US. Joins a consultancy firm where he does M&A advisory. Eager for a more hands-on role, rejoins Mitsui in 2012. Has been working on the Mozambique LNG Project ever since.

I joined the Mozambique project in 2012, in the second year after the first gas was discovered, and have spent the last eight years working exclusively on this project.

I’m now the general manager of the Mozambique Project 2nd Dept.; when I joined, I was a mid-level member of the team responsible for several things: liaising with JOGMEC, the Japan Oil, Gas and Metals National Corporation, and evaluating the wells we drilled and their economic potential. I was promoted to head the department in 2017 and now oversee every aspect of the project except marketing and shipping. That means dealing with our project partners, contracting with construction companies, arranging the project finance and managing our CSR efforts. I’m actually one of the longest-serving members of the team now.

We made the FID, or final investment decision, in 2019. That’s nine years after we first discovered gas and, frankly, a great deal later than we ourselves expected. From that, you get an idea of just how challenging this project was.

“This project won’t be smooth sailing. There’ll be plenty of problems to work through.” That’s what the division general manager told me when I joined the team—and he was right. A project in Mozambique was a first for Mitsui. The site is in the middle of nowhere, so we had to build physical infrastructure like port facilities and a camp for the construction workers. There were many unknowns we had to deal with; we had to be very persistent and very improvisational to get things done.

Commercializing gas assets is always much harder than commercializing oil assets: that’s one key issue. On the tangible side, you have to construct facilities like pipelines and liquefaction trains. On the intangible side, you’ve got to secure advance contracts with customers for the gas and to develop a clear legal framework to govern relations with the host-country government. The upfront costs are massive. That’s why there are so many undeveloped gas fields out there.

I heard that when gas was first discovered in 2010, the people on the Mitsui team were a bit disappointed. They were like, “What? Gas, not oil?” I can see where they were coming from. Developing gas assets is so difficult.

Why did we go ahead? It comes down first to the sheer volume of reserves. The more test wells we drilled, the more gas we found. We were lucky. Our success rate was between 60 and 70 per cent. In the end, we found total recoverable reserves of around 65 trillion cubic feet. That’s global top rank by any standards. It’s enough to cover all Japan’s import needs for over 15 years.

“With a project this big—and one where we had a hand in discovering the gas—we have no choice: we have to do it.” That’s the motivation for our department and for Mitsui as a whole, and it’s what drove the project forward. When you think about the environmental side of things, perhaps discovering gas, rather than oil, was a better outcome. I certainly think so. 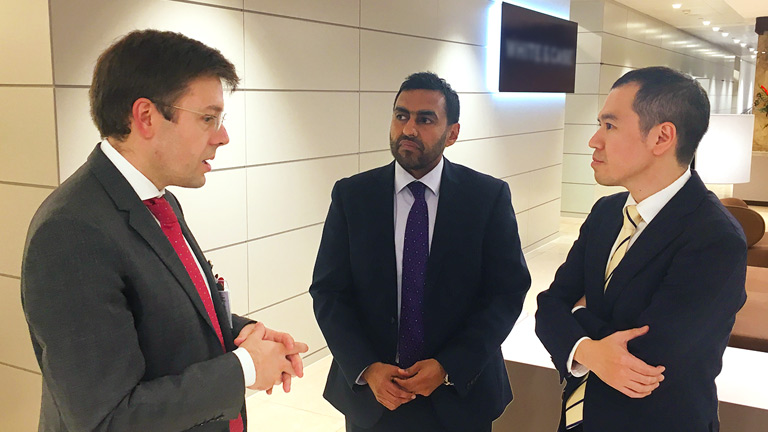 One unusual thing about this project is just how international it is. We have partners from five different countries: France, Mozambique, Thailand, India and Japan. Meanwhile, for project finance, we are dealing with institutions from eight countries and regions, including Japan, the United States, the United Kingdom, the Netherlands, Italy and South Africa.

That means I have to travel quite a lot. Still, no one wants to spend half their life on an airplane, so we do plenty of video conferencing. Dealing with people from so many different countries from Asia to the United States, Europe and Africa, just setting up a conference is hard enough!

Holding our meetings quite late at night Japan-time proved to be the only workable solution. Uncomfortable or not, to be on top of a fast-changing project like this, the partners need to be in close communication so they can all be on the same page all the time. Getting the FID and finalizing the project finance involved literally days and nights of online discussion!

It’s stimulating to come into contact with people from different countries and cultures. Although based in Mozambique, this is very much a global project; and it needs to be. With the level of scale and difficulty involved, it wouldn’t have got off the ground without a coming together of know-how and experience from around the world.

Everyone I deal with on this project—whether project partners, building contractors, financiers or lawyers—is an LNG professional. I felt I had to raise my game to deal with them on an equal footing, to win their trust and to add value. Yes, I had worked in oil E&P in my first stint at Mitsui, but that’s different from LNG.

So I set aside time to study Mitsui’s previous LNG projects, especially the big ones like Sakhalin-II in Russia and Cameron in the United States. On top of reading any available documentation—contracts, handover reports and so on—I spoke to the relevant managers and grilled them about any problems they faced and solutions they came up with. The better we got to know one another, the more they opened up. As I expected, my knowledge of these case studies still stands me in good stead today.

Of course, it’s not just about the past. This is a field where knowledge goes out of date very fast. You need to keep studying to stay on top of things.

MVV: Deciding on the mission, vision and values 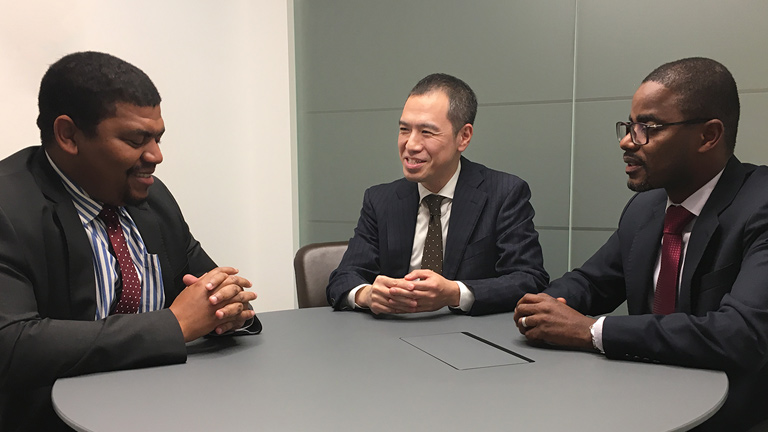 We discussed what we were aiming to achieve through the business and came up with this mission statement. “We aim to help build Mozambique’s future and to provide the world with a stable energy supply.”

The more this project progresses, the more I’m involved in troubleshooting. The mission, vision and values help keep me in touch with our basic, big-picture goals.

We want to develop this asset in a sustainable way hand-in-hand with the host country. The fact that the country is really starting to develop only reinforces our motivation. That idea of “growing together” is at the root of the MVV.

The project delivers infrastructure. The project delivers training and employment for Mozambicans. It delivers opportunity for local businesses. But genuine CSR should be about more than just physical and economic benefits. That’s why Mitsui has launched its own initiatives involving training, scholarships, grants—even donating soccer balls. We really want to become a part of the community. I even have this fantasy that one day people in Mozambique will see Mitsui as a local firm, not a Japanese one.

I want to initiate a project from zero

What are my personal goals? In the short term, I want to get the Mozambique LNG Project up and running, of course. Longer term, though, I’d like to develop a similarly large-scale energy project from zero, from right at the preparatory stage. When I got involved in the Mozambique project, the foundations had already been laid, the preparatory work had been done. Yes, I’ve helped commercialize it and worked on multiple areas, but there is a stage prior to that. I’d really like to run a project right from day one.

The energy business plays a crucial role in society. There’s nothing more gratifying for me than working with other people to create new value in my chosen field.

The Mozambique LNG Project: An energy resource for the world of tomorrow