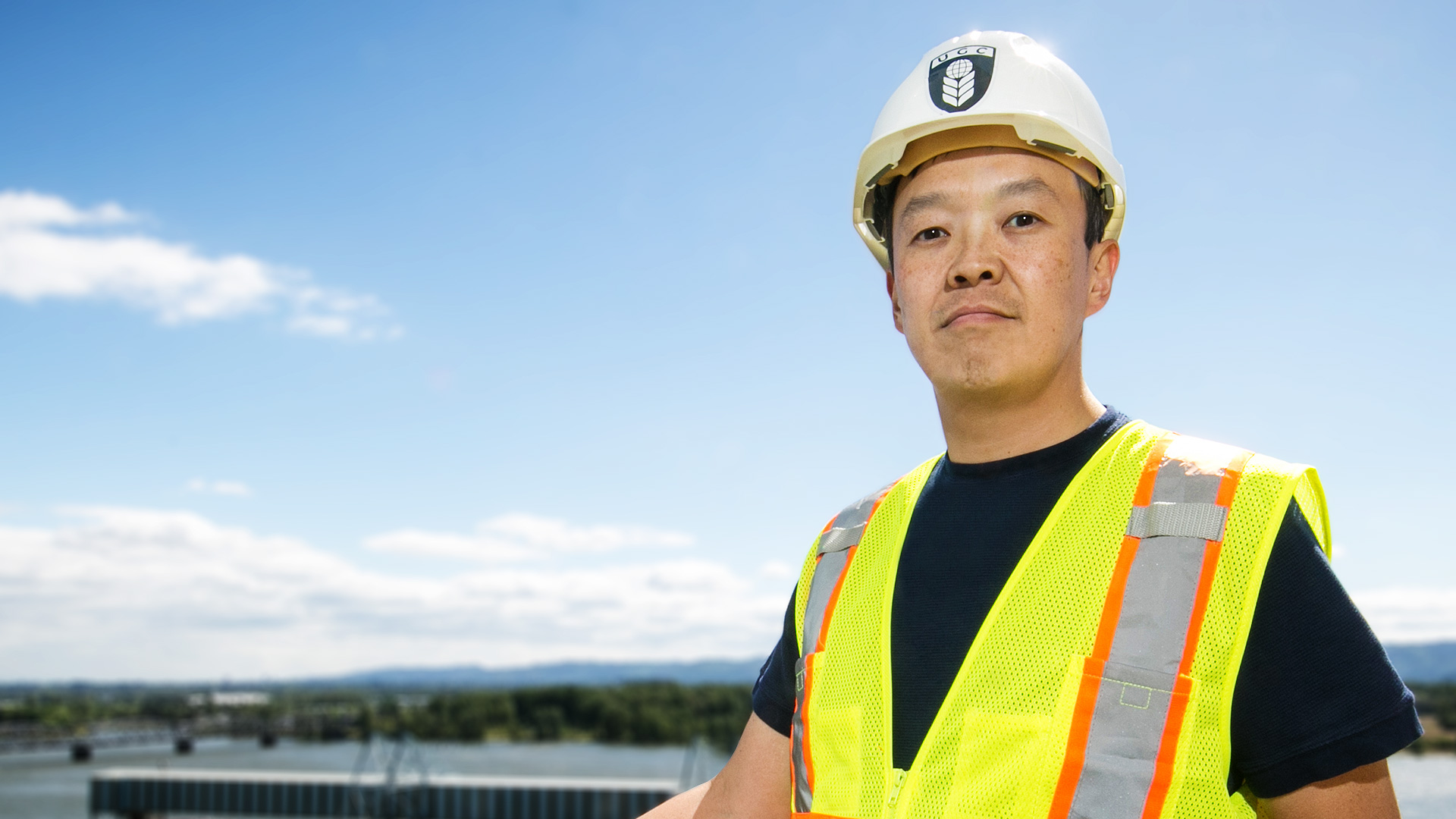 Yuji Kubo ships wheat, corn and soybeans to customers in Asia from the West Coast of the United States. He aims to fuse logistics and finance know-how to build a bridge connecting producers and end consumers more smoothly.

Kubo graduated with a degree in agriculture in 1998. He spent his first nine years at Mitsui in the food business where he managed grain imports into Japan, studied grain logistics and price hedging in the United States, and sold grain to Japanese feed millers and corn starch manufacturers. In 2007, he moved into finance, where he worked as a commodity futures trader and developed risk-hedge products. In 2014, he rejoined the food business and was sent to the United States in November 2017.

One of the top grain exporters on the US West Coast 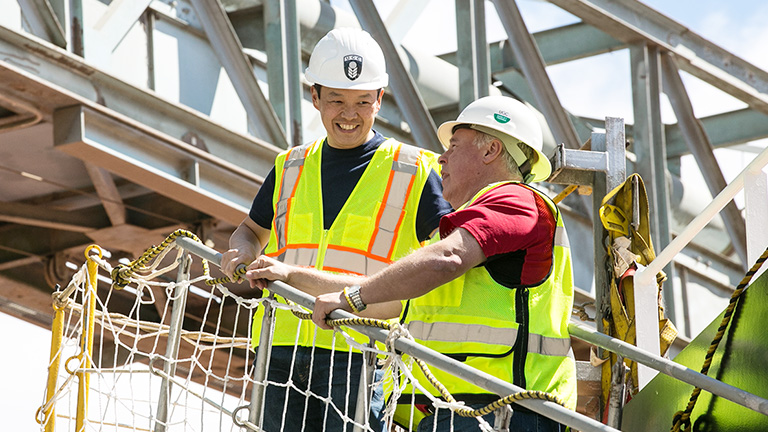 Currently I’m seconded to United Grain Corporation on the US West Coast. United Grain is a 100% subsidiary of Mitsui. It purchases wheat, soybeans and corn for export to Asia. Japan is our biggest market, followed by China, the Philippines, Korea and Thailand. United Grain is actually one of the biggest exporters in the Pacific Northwest.

I’ve only been here for six months, but every day comes with a new challenge. There’ve been Mitsui people here before at the executive level, but I’m the first Japanese to be part of a regular 12-person merchandising team, working shoulder-to-shoulder with everyone else. The structure here is very flat. I can easily discuss things with my colleagues or just knock on the boss’s door if I want to talk to him. Things are informal and quick-moving. You can go from discussion to action without lots of meetings and a drawn-out approval process.

The reason I’m at United Grain is to help broaden the company’s functions. Until now, United Grain has primarily been a logistics company. It bought grain from farmers inland, transported it by train to the coast and loaded it onto ships. Mitsui took care of everything after that-chartering the ships, selling the grain. The dividing lines were clear.

Recently though, Mitsui’s food business is evolving. We’re building a presence at every stage-upstream, midstream and downstream. As part of that, United Grain intends to expand its scope and take over some of the functions that Mitsui currently handles on its behalf. In future, United Grain will deal directly with customers, getting closer to the consumer end of things. The company should be able to provide products and services that more precisely reflect customer needs as a result.

We’re already making progress. For example, my team recently concluded the company’s first-ever direct deal with a Chinese customer. I flew to China together with some of my American colleagues. We met the potential customer, negotiated the contract, chartered the vessel and arranged for the unloading of the cargo. United Grain had never managed the end-to-end process before in its almost 50-year history. In the long term, my job is to build a team that can perform all these functions as a matter of routine.

From food to finance-and back again

I spent my first nine years at Mitsui working in different sections of our food business. In 2007, I put in a request to transfer to the finance business. After seven years working there, I went back to food. It’s an unusual career trajectory. In Japanese trading companies, people generally stick to a single field.

I did a couple of things while working in the finance business. I traded soft commodities like sugar, coffee and grains, but I also developed financial solutions to help the manufacturers who buy commodities from Mitsui to hedge against volatility. A manufacturer of soft drinks is a good example. They have to sell their products at a fixed price- a can of coffee costs a dollar or so in a Japanese vending machine-even though the price of the coffee beans inside that drink is always fluctuating. We can devise ways for manufacturers to “lock in” a stable price for the raw materials they need.

When I started out in our food business, I was selling “real” things. However, when the commodities super cycle got under way in the early 2000s, I realized that providing solutions on the price side is every bit as important. That’s what motivated me to transfer to finance. Now that I’m back in the food business, I’m helping to develop a more collaborative model where Mitsui can help food companies offload some of their risk. If you want to address the totality of customer needs, you’ve got to be able to combine real-world logistics with sophisticated risk-management products.

United Grain prides itself on its close relationships with farmers. I’ve worked as a trader in commodity markets in Chicago and in Shanghai. The farmers, for their part, are selling into those markets, so their experience is the mirror image of mine. Naturally, they need solutions to manage risk too. United Grain has always held seminars on things like risk management and consumption trends for the farmers it purchases from, but I’ve increased the frequency of the events we organize. Of course, we want to help farmers sell what they grow. The goal is to build a chain that connects producers and consumers in the most smooth and stable way.

Making the world a tastier place

I hope that in future Mitsui will be able to offer this combination of real-world logistics and pricing solutions to more food manufacturers worldwide. It’s especially relevant for emerging nations. In fast-growing economies, where price and demand seem only to go up, people can forget about risk. It happened in Japan in the 1980s bubble and it could happen now in fast-growing places like Vietnam and Indonesia. Our solutions definitely have a role to play there.

From a broader perspective, Mitsui’s mission is to help provide the world with a supply of tasty food. We want to create new business models that enable us and our partners to prosper together. Steady, collaborative partnerships can help make the world a tastier place.

Working Together to Feed the World