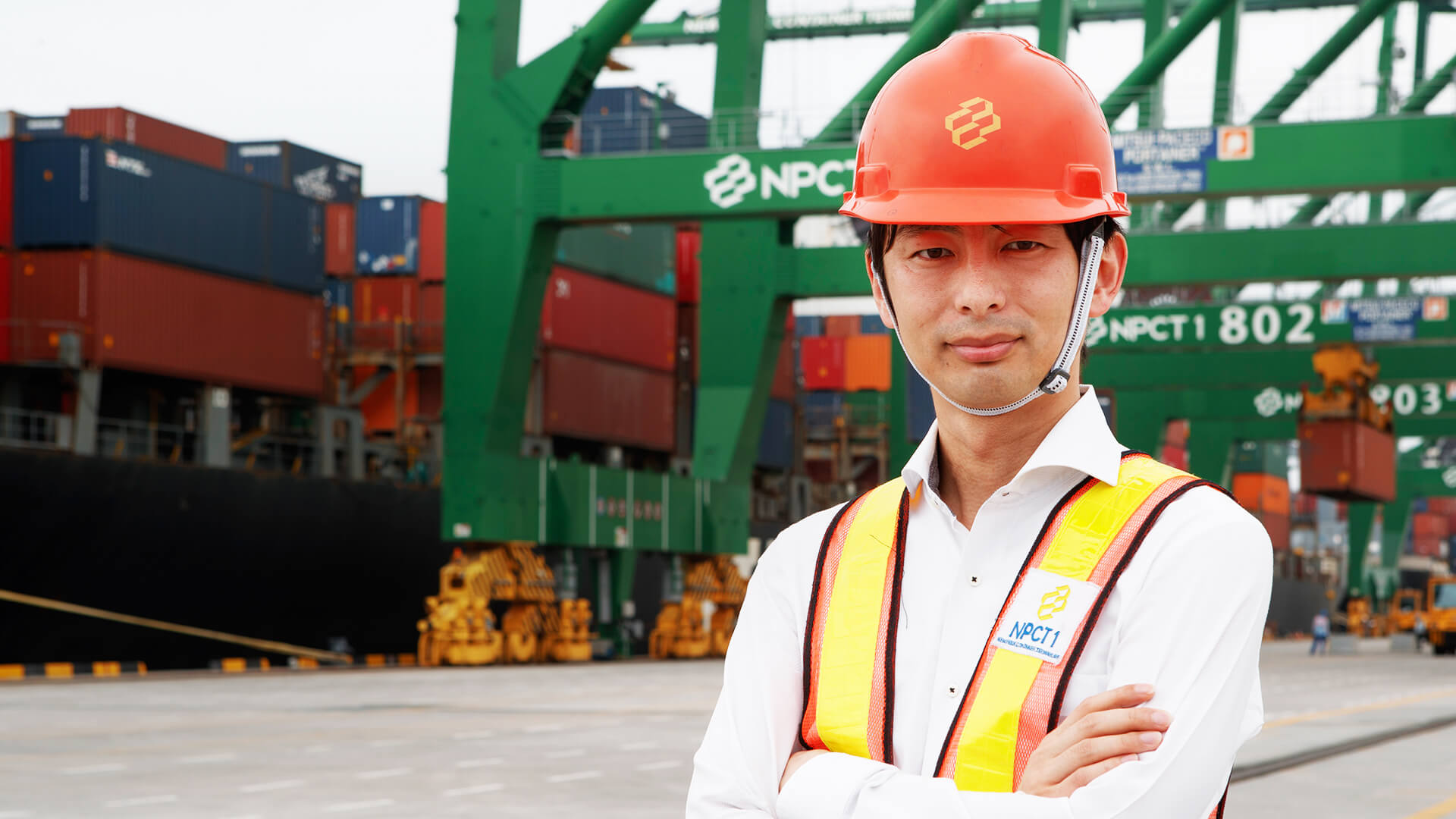 Akio Yonezawa worked as a civil servant before making a mid-career move and joining Mitsui & Co. Now he’s out on the front lines of business, building a richer future for people around the world through infrastructure projects.

Yonezawa, a civil engineering graduate, joined Japan’s Ministry of Land, Infrastructure, Transport and Tourism in 2004. There he worked on infrastructure projects in Japan and in the Philippines as part of Japan’s Official Development Assistance (ODA). Joining Mitsui & Co. in 2015, he was quickly put in charge of the development of a new container terminal in Indonesia. With the port now up and running, Yonezawa is currently looking for new logistics infrastructure projects to which to apply his know-how. 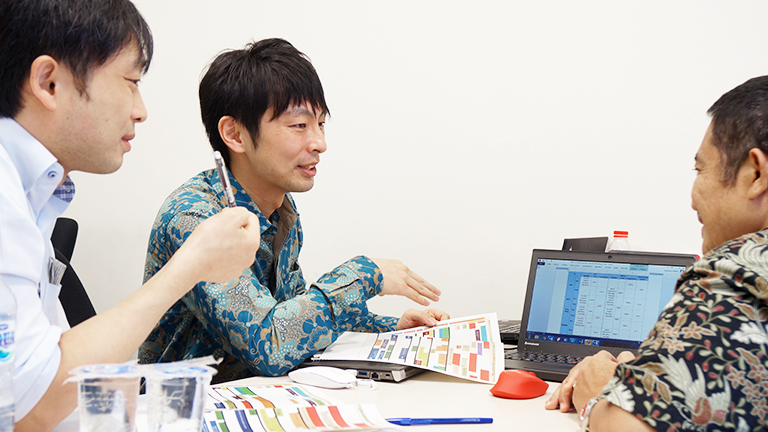 I was in charge of the development of the new container port terminal at Tanjung Priok Port, Indonesia’s gateway port. It handles over half the country’s total imports and exports, so expanding its capacity was a matter of urgency. The country’s continued economic growth depended on it.

To add to the challenge, the new port terminal was built from scratch on a freshly constructed artificial island. Mitsui was leader of the foreign consortium handling this key project. I became project manager in late 2015 just as construction was entering its final phase. Now that the port is open for business, I keep an eye on operations.

The artificial island is made up of a substructure and a superstructure. Our Indonesian counterparts built the deck-on-pile system that forms the base, while we installed the buildings and equipment on top. My job was to steer the whole project to a safe conclusion. Since I was acting as a bridge between the different contractors, I was actually out on site in Indonesia for at least half of 2016.

All sorts of niggling little problems surface when you’re about to go operational. Maybe there’s a problem with the electricity supply. Perhaps the water pipes are 30 centimeters out of position. Something really trivial like that can be enough to throw the schedule off. Here at Mitsui, we often find ourselves grappling with eleventh-hour setbacks as deadlines loom. I certainly had a ton of trouble-shooting to do. There was no one big catastrophe I can point to, just a whole series of little ones I had to nip in the bud. It was like playing whack-a-mole. Every single day of the week!

If you count the construction workers, literally thousands of people worked on this project. Each of them was responsible for their own particular job, but thinking of the bigger overall picture wasn’t part of their remit. They’ve got enough on their plates as it is. That’s why you need a project manager like me to take a more global view and keep things on track.

There are always going to be delays or mistakes. That’s as true for us as it is for our partners. When something goes wrong, finding someone to blame and telling them to sort out the mess they caused is a stupid attitude. No matter who messed up, the important thing is to offer constructive solutions that help the whole project move forward.

A catalyst at some times, a buffer at others

I learned to organize projects like this when I was working for the Japanese government. Public-sector projects always involve bringing together different groups with different perspectives and know-how. Disagreement is inevitable. You’re never going to come up with the perfect solution for everybody, but you can still find an acceptable one. You then push forward with that, one step at a time. That’s what infrastructure projects are all about—putting one foot in front of the other, over and over and over again.

When I was in the Philippines I handled several road and bridge projects. That gave me a sense for how people on the government side think and the kind of projects they are interested in. To some extent, I can now predict how projects will go—where trouble might occur, what we need to be on the lookout for. Governments and public infrastructure projects are pretty similar the world over. They follow the same pattern, if you like. My experience gives me insights that perhaps not that many people have.

When I worked for the ministry in Japan, I mostly dealt with establishing the legal and regulatory framework for infrastructure projects, but I was always keen to get involved in a more direct and hands-on way. And it’s the private companies that get out there and build the actual infrastructure. That’s why I joined Mitsui. That’s what drives me. Acting as a catalyst or a buffer when needed, working with many diverse groups of people to achieve a single outcome—that’s what I really find worthwhile.

August 8, 2016. That was our big day, the day the port opened. I can see it in my mind’s eye: the Indonesian operators all standing in a circle in the entrance hall then dashing outside to their posts shouting words of encouragement to one another. It was like something off the TV.

Most of the operatives we recruited didn’t have any prior experience. They had trained for several months and this was their first day on the job. I could see how inspired they were at the idea of doing something worthwhile for their country. The sight of them rushing outside so eagerly was very moving. I felt complete and total belief in them.

Transport infrastructure of any kind, whether ports, roads or bridges, plays an essential role in building up a country’s economy. That’s particularly true of a gateway port handling a large share of a country’s overall trade.

When it comes to Mitsui’s longer-term contribution to Indonesia, people are crucial. The foreign consortium will hand the terminal back to the Indonesian government after 25 years. So far, we have trained up a staff of more than 300 people. When we go, we will leave a legacy of skilled and experienced people. We are working hand in hand with them to build their country and its future.

Looking ahead, I hope to leverage the experience I got on this project. This field is a broad one and Mitsui has the capacity to construct and operate different kinds of logistics infrastructure—not just sea ports, but other infrastructure as well. I’m keen to do as many such useful projects around the world as I can.