The Salt of the Earth

The Japanese are among the world's most enthusiastic consumers of salt. Many components of the national diet, such as miso, soy sauce and tsukemono pickles, are remarkably salty. Nonetheless, even in such a salt-loving nation, only 20 percent of the 8 million tons of salt consumed annually is used for food-related purposes.

What happens to the rest? Industrial users—specifically chlor-alkali manufacturers—actually absorb 80 percent of Japan's salt supply. From salt they produce caustic soda, chlorine and soda ash, which are used in turn to make numerous everyday products. That's why overall Japanese salt consumption works out at 73 kilograms per person per year. With two production sites in Western Australia, Mitsui is ideally situated to serve the Japanese and Asian markets in a timely and economical manner.

Whether mined or procured by evaporating seawater, salt was originally used exclusively for food seasoning and preservation. When the chlor-alkali process—electrolyzing salt to produce chlorine and caustic soda—took off on an industrial scale, a massive jump in demand was the result.

Mitsui & Co. is committed to providing people and industry with the key commodities they need. Initially we did this as a trader; increasingly, though, we are acquiring upstream assets in order to ensure a stable supply. In the salt business, we made our first such move in 1973, when we invested in Shark Bay Salt Joint Venture, a solar marine salt field in Western Australia.

The Shark Bay region contains unique plant species, over one-third of Australian bird species (including the six-foot emu) and abundant marine life (including dolphins and a dugong (sea cow) population of around fourteen thousand). Due to its extraordinarily rich flora and fauna, Shark Bay was designated a World Heritage site in 1991.

Because of its protected status, the sea at Shark Bay is unusually pristine. Mitsui uses a natural, non-polluting process to harvest salt there. Gravity draws the seawater from the evaporation ponds to the crystallizer ponds and the powerful Australian sun dries the salt.

The salinity of the seawater in Shark Bay is 50 percent higher than the open sea, while the relative absence of rainfall—particularly cyclones—guarantees stable output. From these perfect conditions comes a mild salt with a hint of sweetness. Shark Bay salt has a loyal following in Japan's food-manufacturing sector, as well as in Taiwan, Korea, the Philippines, Indonesia and Singapore. In 2005, Mitsui made Shark Bay Salt into a wholly owned subsidiary. 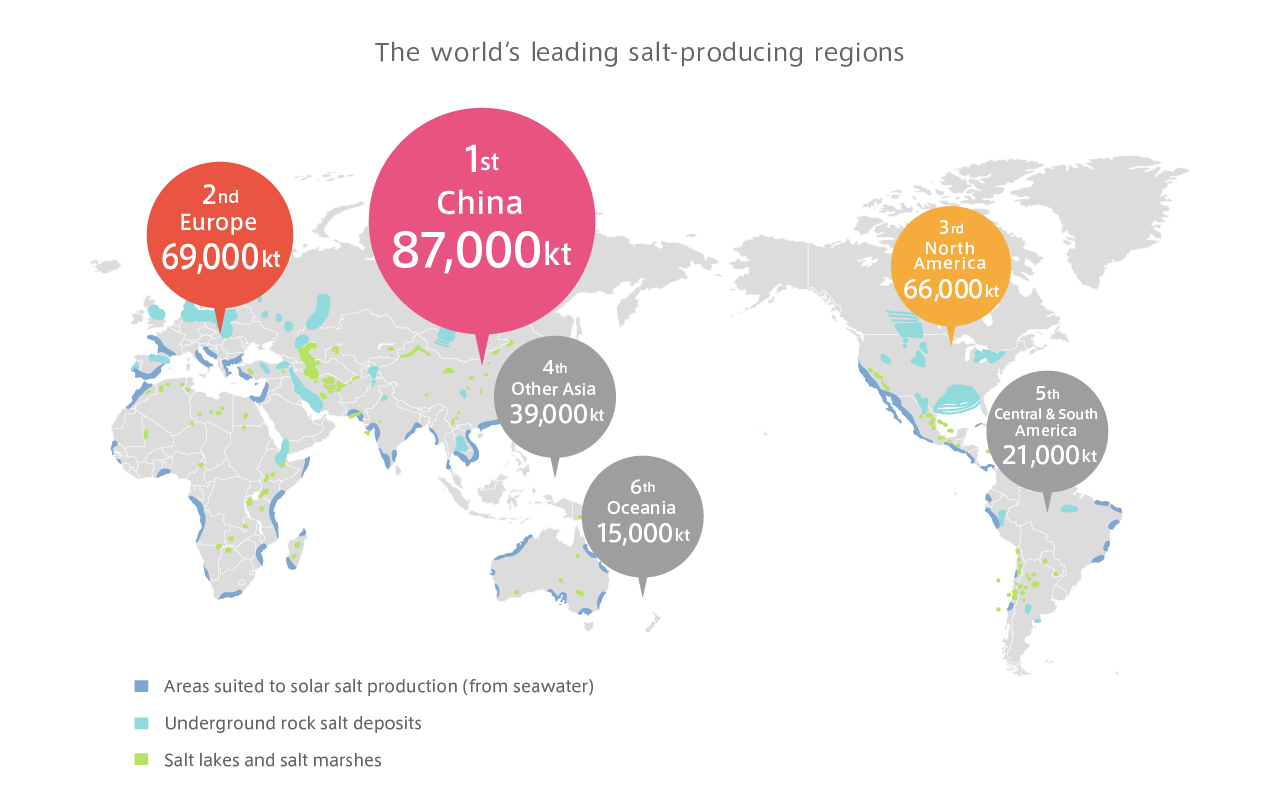 Industrial salt: ingrained in our lives

We are all familiar with chlorine as a water purifier, but chlorine is also a key ingredient of polyvinyl chloride (PVC) and polyurethane. These are used to make everything from bags and clothes to wallpaper and chairs.

Caustic soda, meanwhile, is a neutralizing agent widely used to clean wastewater at factories or to clean finished goods. It's no exaggeration to say that caustic soda is in use wherever there's a factory chimney to be seen.

Indeed, salt played a key role in the manufacturing process for the PC or mobile device on which you are reading this article, whether as a material in the components or for the cleaning of the semiconductor chips. It is also found in paper, detergent, glass, artificial fibers, artificial leather—even building materials. In some form or another, salt plays an integral part in all our daily lives.

As populations rise and lifestyles improve throughout Asia, Mitsui is doing the groundwork to position Shark Bay salt to meet expanding demand. Then, building on this strong base in Asia, we plan to deliver our high-quality salt to wherever it is wanted globally. Mitsui is proud to be a supplier of this key ingredient to the world. 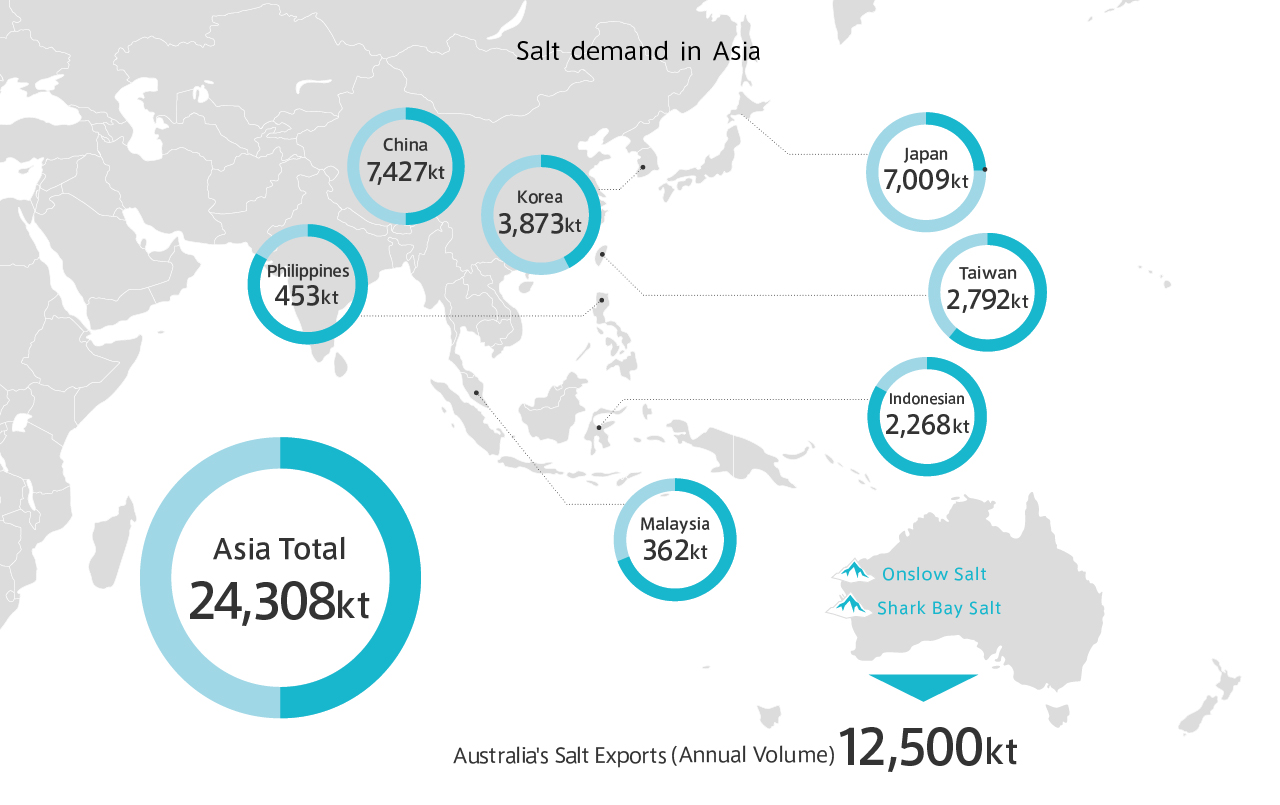