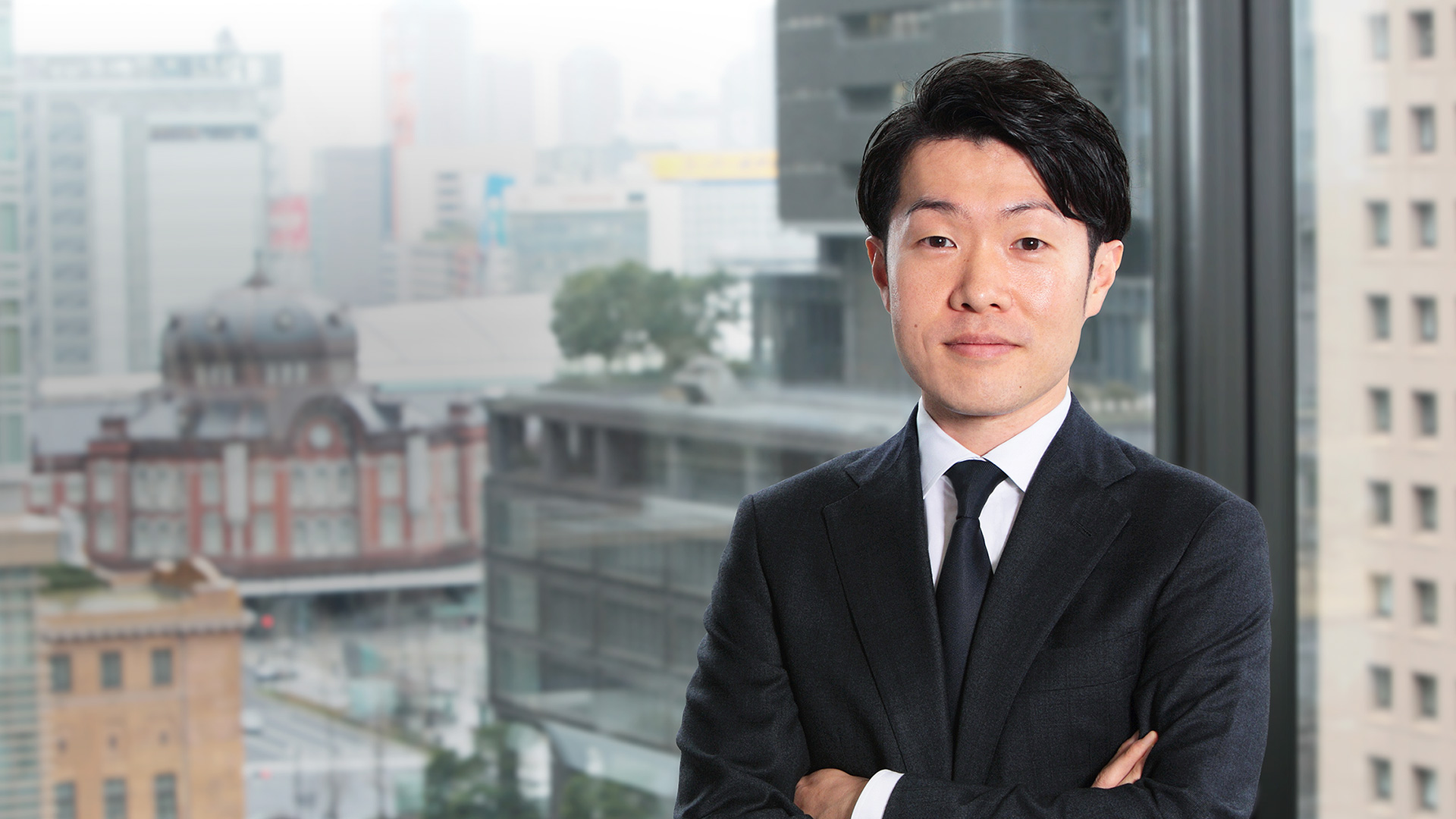 Mitsui has teamed up with the East Japan Railway Company to operate passenger trains in the United Kingdom. Ishii sees the creation of new businesses that lie outside the normal scope of railway companies as his personal mission.

Ishii graduated in 2009 with a degree in education and went to work for one of Japan’s top electronics companies. Based at a subcontractor in China, he was responsible for managing the on-time supply of components. After joining the Transportation Project Division of Mitsui in January 2015, he was sent to the United Kingdom a little over a year later as part of the team preparing a bid for the West Midlands train franchise. He is currently overseeing a bid for another franchise. 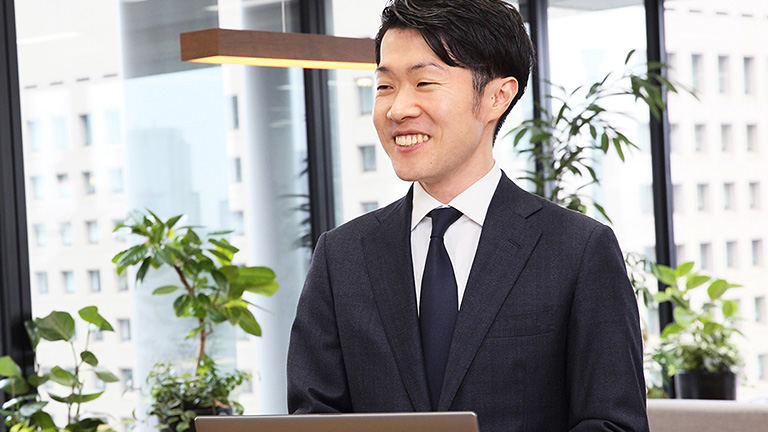 The structure of the passenger-rail business in the UK is quite different to Japan. When the UK government privatized its railways, it divided the network into around 20 regional franchises. These are regularly auctioned off to train operating companies to run for a fixed period.

Mitsui bid for the West Midlands franchise. We had two partners: Abellio, which is a subsidiary of the Dutch national rail operator, and JR-East, which is Japan’s largest rail company. We were named as winning bidder in August 2017. The West Midlands franchise runs from London through Birmingham to Liverpool. It has 900 kilometers of track and carries a total of 74 million passengers every year. We assumed control in December 2017 and have the franchise until 2026.

The bid team was made up of people from all three companies. I was there from the get-go. I was based in the UK from April to November of 2016, as we put together the 1,000-page bid document. Abellio very much took the lead; they have a lot of know-how because they already operate several UK rail franchises. The bid team was sub-divided into a number of specialized teams. I was on the eight-person revenue team. Our job was to forecast passenger numbers over the life of the franchise. The other teams make proposals for upgrading the rolling stock and improving the timetable. We predict how much passenger numbers will grow in response to these kinds of service improvements.

If you want your forecasts to be accurate, you’ve got to get out from behind your desk. The timetable is the most important thing, but small things like introducing better benches, adding roofs, or putting CCTV into stations all make a difference too. You combine all these little individual things to craft a business plan that will really deliver quality.

The whole team was very serious about getting out on the frontline. Between them, the bid team’s 80 members visited all 140 stations. Sometimes at weekends we’d go to stations armed with hand tally counters to count the number of passengers on trains. Of course, the Department for Transport provides data on crowding, but you don’t want to take that on trust. It’s always possible that something—rain, a sporting event, whatever—could have thrown their data off.

A team of professionals 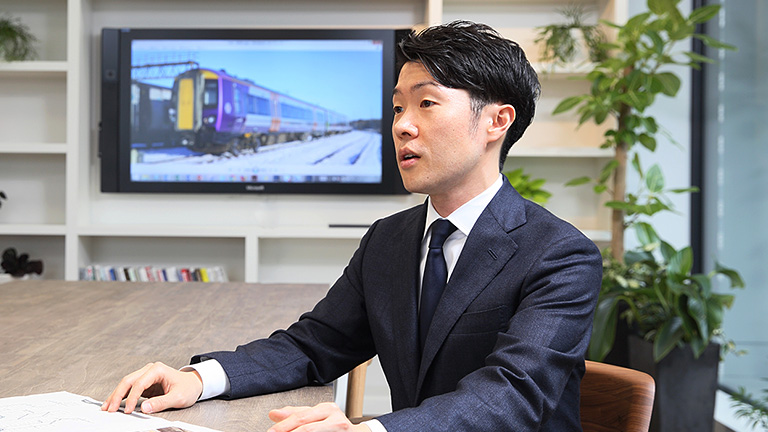 The most difficult thing for me was to get up to speed with my English colleagues. They all had previous experience of working on bids or at rail franchises and knew the business inside out. I’d spent about a year in Japan familiarizing myself with the railway business, but in England I had to deal not just with a new language, but with a ton of specialist terms and acronyms. It was pretty nerve-racking.

I had done plenty of data-crunching in my previous job and thought I knew my way around Microsoft Excel, but we had statistics majors on the revenue team using formulas I’d never seen in my life. To close the gap, I studied hard outside of office hours—documents, government guidebooks, you name it.

The UK is not like Japan. They do things differently. The person above you isn’t going to check and double-check your projections. Their attitude is, “Hey, you’re a professional. You know how to do your job.” If I’d submitted any incorrect figures, that would have sunk the bid. That certainly made things interesting!

Over the six months we worked together, I built up a bond with the rest of my team. They respected the contributions I made. I came up with a proposal for improving the car parking. There’s a problem with station car parks being full and people having to drive around hunting for a space. Obviously, more parking means more passengers.

Now that I’m back in Japan again, I stay in touch with my teammates. I’m working on another franchise bid and I can mail them with any queries I have. There’s a lot of trust there. It’s a precious asset.

What am I most excited about, looking ahead? Probably rolling out new business models that only Mitsui has the capacity to come up with. In the UK, people are expecting a lot from Japanese railway know-how, but that’s more about what JR-East can deliver. That’s great, but if that’s all there is to it, then there’s not much point in Mitsui being part of the franchise.

Mitsui has broad strengths in areas outside of rail. I’m talking about other forms of transport like autos and airplanes, and real estate and information technology. We can leverage our capabilities in these areas to broaden and expand the business in a way that Abellio and JR-East could never do by themselves. Personally, it’s the possibilities of digital transformation that excite me most.

From May this year [*the interview was conducted in April 2018], I’m being sent to England to work at West Midlands Trains Limited. I’m really excited about being directly involved in frontline operations. We won the franchise because the DfT liked our proposals for improving services. Now I’ve got the chance to help put those proposals into action—and, I hope, bring something extra to the table as a Mitsui person.

Right now, I’m focused on improving two things: my English and my knowledge of statistics. I’m also learning more about the management of railways. My JR-East colleagues can look at a report and instantly pick out the key operational data. I’m still a bit slow.

I was working for an electronics company at the time of the 2011 Great East Japan Earthquake. Supply chains simply shut down for several months as a result of the quake. When it came to getting things going again, the top priorities were things like road, rail and food distribution. That’s what inspired me to change my job, move to a trading company and start working on infrastructure. In the end, there’s nothing more important than basic infrastructure.

Fast Track to the Future