The ceremony was attended by more than 500 persons, including Japanese Prime Minister Shinzo Abe, Chilean Mining Minister Aurora Williams, and other government officials from Japan and Chile, along with representatives from partner companies, financial institutions, local parties, and others involved in the project.

The Caserones Copper Mine is a resources development project wholly owned by Japanese companies, which has been under way for eight years since the mining concession was acquired in 2006. Production of refined copper began in March 2013 and of copper concentrates in May 2014. The volume of copper concentrates to be produced here is equivalent to around 10 percent of the Japanese import volume. It is expected to contribute to the stable supply of copper resources to Japan through the year 2040. The development of the project is also important for the growth of the Chilean economy, and each of the companies investing in it will provide support toward stable operation by MLCC, helping to strengthen ties between Japan and Chile.

On July 29th, the Koryu carrier ship set out from the Chilean port of Coquimbo loaded with approximately 5,000 tons of copper concentrate. The ship is expected to arrive at the Saganoseki Smelter & Refinery of Pan Pacific Copper in late September.

Ribbon-cutting at the opening ceremony 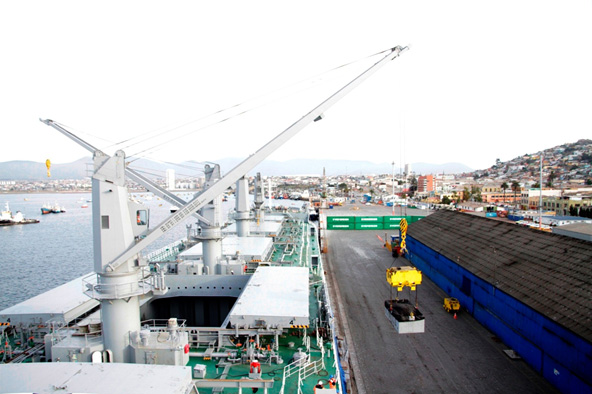 An outline of the Caserones Copper Mine

162 kilometers southeast of Copiapo, the capital of the Atacama Region of Chile, and 15 kilometers from the border with Argentina. The deposits lie at altitudes between 4,200meters to 4,600meters above sea level. 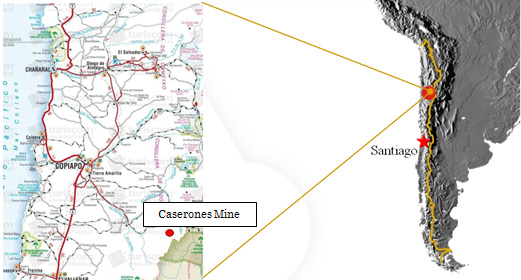