The project, based on a long-term power purchase agreement with Thailand's state-owned power utility, the Electricity Generating Authority of Thailand ("EGAT"), is for the construction of a gas-fired combined cycle power plant with a generating capacity of 2,500 MW in Chonburi Province about 130 km southeast of Bangkok. The plant, comprising four units of 625 MW is slated to become gradually operational in during March 2021-October 2022, and will sell electric power over a 25-year period thereafter. Mitsui will contribute to the smooth development and operation of the project by using knowledge gained through its experience with electric power business in Japan and overseas, and by strengthening collaboration with Japanese companies and financial institutions with which it has business relationships. Construction and long-term maintenance agreements for the project have been concluded with Mitsubishi Hitachi Power Systems. While for project finance, the Japan Bank for International Cooperation, the Asian Development Bank, and a syndication of commercial banks in Japan, Thailand, and other nations will participate in the project finance.

Thai government, under its long-term development vision, Thailand 4.0, aims to accelerate investment along the Eastern Economic Corridor (EEC), which encompasses three eastern provinces, including Chonburi. This project will contribute to regional industrial development and nation development through the long-term stable provision of social infrastructure along the EEC.

The gas-fired power plant will be fueled by natural gas including imported LNG through the long-term gas sale agreement with PTT Public Company Limited. Compared with other fossil fuels, natural gas is a clean energy source with low greenhouse gas emissions, for which demand is growing globally. Mitsui is building a wide range of value chains, including competitive upstream assets, as well as mid- and downstream facilities, such as LNG onshore receiving terminals, gas pipelines, and gas-fired thermal power plants. Mitsui aims to build a robust profit base in the Machinery & Infrastructure area, which is identified as a core pillar area in its Medium-term Management Plan. 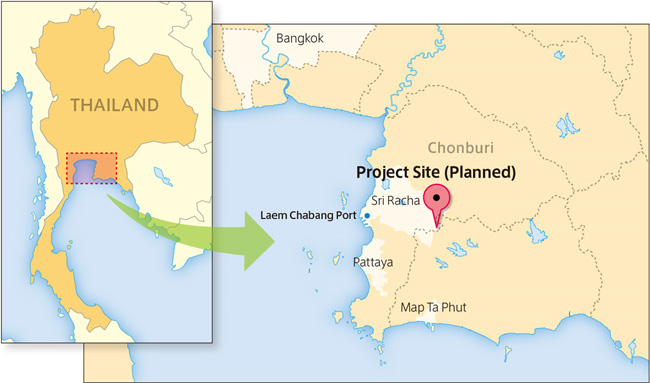 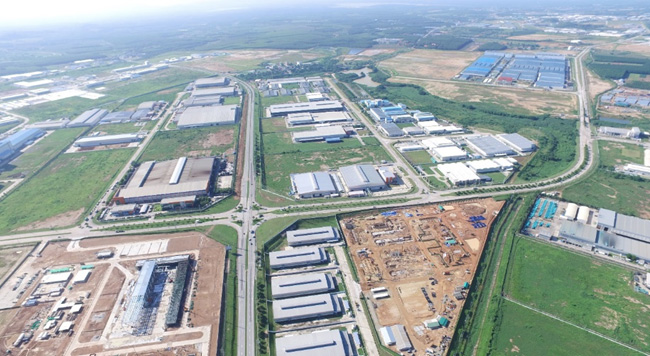 This announcement contains forward-looking statements. These forward-looking statements are based on Mitsui's current assumptions, expectations and beliefs in light of the information currently possessed by it and involve known and unknown risks, uncertainties and other factors. Such risks, uncertainties and other factors may cause Mitsui's actual results, financial position or cash flows to be materially different from any future results, financial position or cash flows expressed or implied by these forward-looking statements. These risks, uncertainties and other factors referred to above include, but are not limited to, those contained in Mitsui's latest Annual Securities Report and Quarterly Securities Report, and Mitsui undertakes no obligation to publicly update or revise any forward-looking statements.
This announcement is published in order to publicly announce specific facts stated above, and does not constitute a solicitation of investments or any similar act inside or outside of Japan, regarding the shares, bonds or other securities issued by us.