The Callide Oxyfuel Project, in which Mitsui & Co., Ltd. ("Mitsui", Head Office: Tokyo, President and CEO: Masami Iijima), Electric Power Development Co., Ltd. ("J-POWER", Head Office: Tokyo, President: Masayoshi Kitamura), and IHI Corporation ("IHI", Head Office: Tokyo, President and CEO: Tamotsu Saito) jointly participate, has commenced operations at a carbon capture plant, which is one of the milestones for the integrated demonstration of the new technologies of oxyfuel and carbon capture and storage(CCS), following the initial commissioning of oxyfiring in the middle of March, 2012. This signals a major step forward for the demonstration of the integrated CCS technology with oxyfiring to produce clean electricity with zero-emissions.

The opening event of the demonstration phase was held on December 15, 2012 at Callide A Power Station, located in Central Queensland, Australia, with the attendance of the people concerned, including officials from the Federal and Queensland governments of Australia and the government of Japan, who contributed to the Project.

The oxyfuel combustion process, first conceived in Japan in 1973, has been tested in small-scale projects in Japan, the U.S., the UK, and Europe. There are other oxyfuel demonstration projects elsewhere in the world, however the Callide Oxyfuel Project is the first to "bolt-on" the oxyfuel technology to an existing power station and on a large scale.

The oxyfuel process burns coal in a mixture of pure oxygen with a portion of re-circulated flue gases in the boiler instead of the air. This will create a highly concentrated stream of carbon dioxide suitable for CO2 capturing in the CO2 liquefaction plant.

The Callide Oxyfuel Project, established in March, 2008, is a joint venture between the Australian Coal Association, CS Energy, Xstrata Coal, Schlumberger and Japanese participants Mitsui, J-POWER, and IHI. The project was awarded financial support by the Federal and Queensland governments of Australia, while the government of Japan also made a financial contribution to the project and JCOAL provided technical supports.

The application of the integrated oxyfuel and CCS process to existing and new coal-fired power stations after our successful demonstration of the technologies has the potential to make a leading contribution to solutions that will achieve a large-scale reduction in greenhouse gas emissions.

For more information on the project, visit http://callideoxyfuel.com 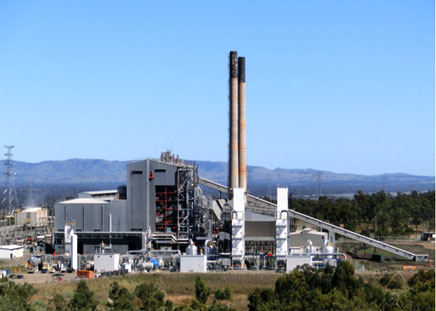 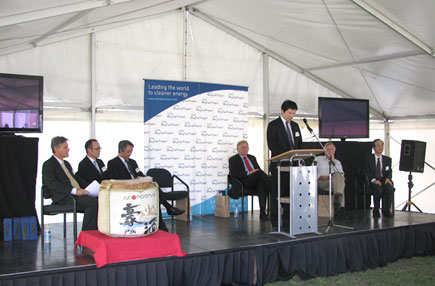